Fight to save heritage-listed Victorian cottage in Epping 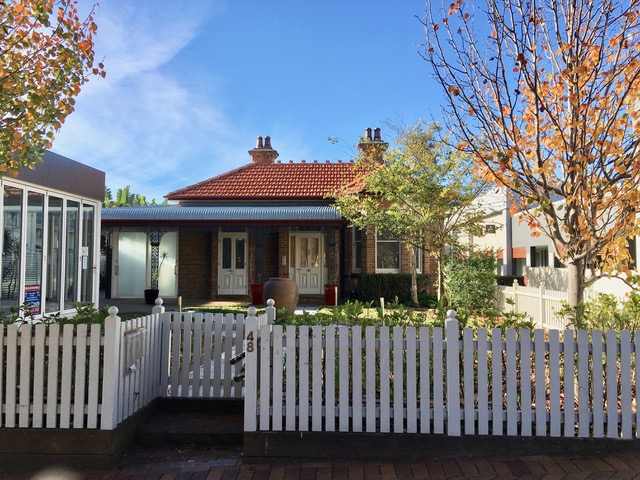 Over the past five months, Sue Rosen has been assisting the Epping Civic Trust in their plight to save a locally iconic heritage-listed cottage from demolition.

The Victorian cottage, built circa 1900, is located at 48 Oxford Street, Epping. The current development application proposes to demolish all the buildings at 44-48 Oxford Street to make way for a high-density apartment complex.

The site is located in the 'Epping Town Centre Urban Activation Precinct'; an area created by the NSW Department of Planning & Infrastructure, and designated for high-density housing growth due to its proximity to a major rail interchange at Epping Station. In this case, the approving authority is the NSW Government's Sydney Central City Planning Panel, rather than the City of Parramatta Council.

The lobbying process has included in-depth analysis of the proposed development, peer-review of two separate Heritage Impact Statements produced in support of the development, as well as a full review of the heritage significance of the cottage.

The study culminated in Sue's expert refutation of the conclusions of both Heritage Impact Statements, which claimed that the heritage significance of the cottage had been so diminished by modern (largely reversible) modifications as to allow for its complete demolition.

Her recommendation is that the cottage - the last of its kind in Epping - be sensitively incorporated into the design of the complex, in order to retain a highly-recognisable example of the early history of Oxford Street; a street which is rapidly heading toward becoming another strip of homogenous, high-rise developments.

Sue delivered her findings at both the April and July sittings of the Sydney Central City Planning Panel, convened to deliberate the proposed development at 44-48 Oxford Street. The Panel also considered submissions of objection from the City of Parramatta Council, a serious challenge from Mr Damien Tudehope MP, Member for Epping, as well as numerous concerned community members, surrounding businesses, landholders and community groups.

While the final approval decision has been deferred for yet another month (until August 2018), the Panel is only waiting on further input from the developer regarding their 'green transport' plan. It is not seeking further investigation or argument on heritage grounds.

Sadly, despite the excellent efforts by all concerned in lobbying the State Government's Planning Panel to grant a 'stay of execution' for the Victorian cottage, it is looking more and more likely that it will not avoid demolition if the current development application is approved.

You can read Sue's July submission to the Planning Panel in full, here.